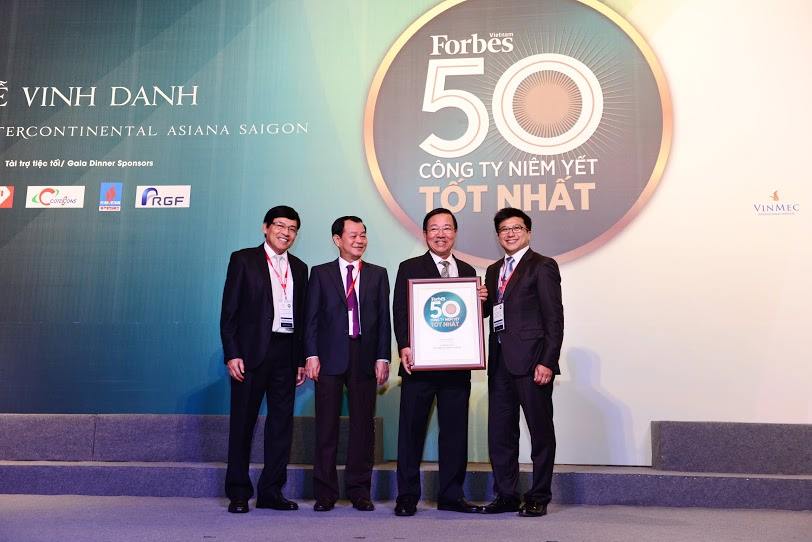 Forbes 50 selects the companies with best business results, comprising of both large corporates and SMEs in 13 industries (including multi-industry companies)

Forbes evaluates all listed companies, categorized according to sectors. Companies that are suffering from losses, delisted, or are too small (chartered capital under 300 billion dong and revenue under 150 billion dong…) are all not qualified for the preliminary list. During the next step, the companies are ranked based on the following criteria: revenue growth rate, profit, ROE, ROC, and EPS growth from 2011-2015. Then Forbes Vietnam independently researches these companies’ sustainable growth potential: brand, corporate governance quality, historical sources of profits, and prospects. Member companies whose business operations depend on their parent companies (which are already included in the list), or companies that violated information disclosure requirements by HOSE for multiple times… are all excluded.