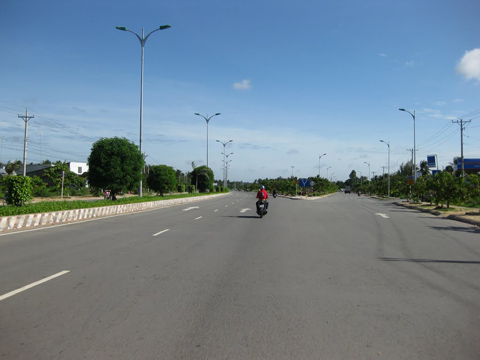 EGM 2016 had come off well with highly consent of Shareholders on terms submitted; especially the ratification of the Exchange Bond Issue Project for Korean Investor. CII extremely respects the trust, companion, and honest opinions of Shareholders to CII BOD on long-term orientation and development strategy of the Company;

With Shareholders’ acceptance, CII had officially lifted the foreign ownership limits from 49% to 70% from October 14, 2016. This event immediately received many interests from financial institutions and international investment funds. This is good news and is a cornerstone for CII to expand new foreign fundraising channels for domestic investment. Based on 2016 achievements, BOD has submitted 2017 Strategic goals and Directions to increase business size and market share, as well as maintain the profit growth rate of 20%-25% in the following years.

The Company’s main activities has shown profit in business operations and development of new projects. Toll collection revenue reached the growth rate of 13% compared to the same period last year. Besides, construction situations of transportation infrastructure, water infrastructure and real estate have been strictly conducting to secure the work progress as planned.